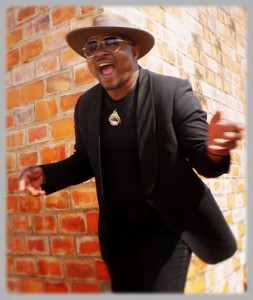 Born on 15 June 1968, Samba grew up in Dabi, a small village in the Tombouctou region of Mali. Samba’s father passed away just before his birth, leaving his mother to raise him alongside his brother, Ibrahima ‘Bouri’ Séré. Although they could not afford formal education, he was surrounded by music from an early age and his mother was one of the first women to sing with the young Ali Farka Touré at the Biennale Festival in Mali.

When he was old enough, Samba left for the Malian capital, Bamako, in the hopes of finding a job. There, he heard the popular guitar-driven dance music of Zaire for the first time and, inspired, began singing and playing guitar in a band called Farafina Lolo (Africa Star), with his brother Bouri on the drums and Baba Simaga on the bass guitar. 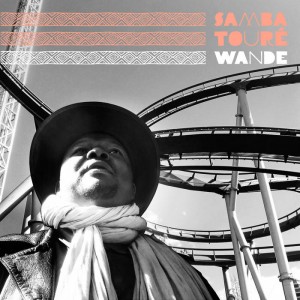 During that time, he fell in love with the music of Ali Farka Touré, a true original who was transposing the traditional music of his native north Mali and single-handedly bringing the style known as desert blues to an international audience. Samba was entranced by this master from Niafunké and began to play the guitar in the same style, adapting his playing from traditional string instruments on to an electric guitar.
When Farafina Lolo split up in the mid-1990s, Samba briefly joined another group, Super Lolo, before leaving in order to concentrate on composing. In 1997, Farka Touré offered him the unique opportunity to tour with him as part of his band. Delighted, Samba accepted and, while touring across Europe and the USA, his mentor opened his eyes to a variety of new influences. Farka Touré inspired him to create his own blues style and, on his return to Mali, formed Fondo. He recorded then his first solo effort “Fondo” which was a huge success in Mali.