Frank Migliorelli has written and published a library of music for advertising agencies, children’s publishers, and video game projects. He’s been a finalist in top songwriting competitions and performs either solo, or with his band, The Dirt Nappers

In 1989, he founded RaveOn Records, an indie label focussing on NY blues, soul and R&B artists. He’s recorded such great artists including the award-winning duo “Satan and Adam”, Bill Perry-“Love Scars”, The Uptown Horns and a number of other album releases. At the end of the last century, he stopped producing other artists and began focussing on  writing and scoring.

He’s written and produced music for a 20th Century Fox “X-Files” video game, numerous children’s video games and educational games for Scholastic and Sunburst, and even wrote a soundtrack for a “Chippendales” video….. 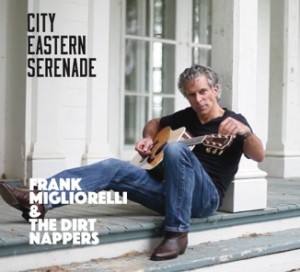 Over the past ten years, he’s abandoned commercial projects, and started The Dirt Nappers as a way to produce  and publish singer-songwriter material. “When you’ve done everything from writing music for little kids, ad agencies and half-naked guys in bowties,” says Migliorelli, “you want to step back and try something different.” 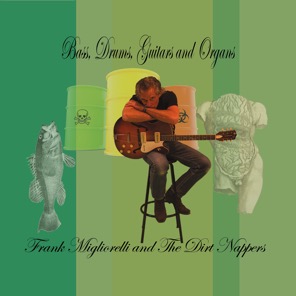 Rooted deep in the best of American folk, rock n’ roll and soul, Frank and the band just want to go out and play……all night long if you let them.