On her new release “Baby, We All Know”, Miss Tess continues to explore her own personal crossroads of American roots music. This full length release features 11 finely crafted and well sung original songs. Heightened by Tess’ prowess on her Weymann archtop guitar, she is accompanied by her top notch band, The Talkbacks, featuring guitar ace and co-conspirator Thomas Bryan Eaton. The songs were further enlivened with piano, organ, pedal steel and fiddle in the studio.

Tess says “I consider this my best yet collection of original music. In writing these tunes I stepped out of myself and into many different characters, based on real life and my imagination, and pulled sounds and stories from my musical fantasyland. Baby, we all know their secrets and on goings, in a world of mischief and troubled fun”. These songs were penned at Tess’s yearly writing retreat in New Hampshire, and at her home in Nashville. Yet time and place don’t bear much relevance here, the subjects she speaks through live in the streets of New Orleans, in the backwoods hollers of Tennessee, on a train heading to Mexico, and under the sheets.

Tess got her musical start at home in Maryland, her childhood nights ending in music. Her parents would sing her to sleep with the gentle, tender sounds of American folk songs, occasionally interrupted by their 30’s swing band rehearsing in the basement. Tess studied pianomas a child, and continued on as a teenager to take up the guitar and singing, and eventually began her own studies in early jazz and blues. All grown up, Miss Tess & The Talkbacks regularly steal the show at venues with something a little rowdier and more eclectic. Infused with classic country and honky tonk, southern rhythm and blues, New Orleans jazz and swing, and sounds of swamp pop and early rock ‘n’ roll, she is an embodiment of everything that it still homegrown in America. 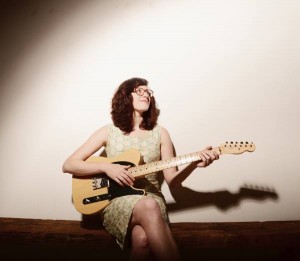 A follow up to 2012’s “Sweet Talk” and 2013’s “The Love I Have For You”, both released on Signature Sounds Recordings, “Baby, We All Know” will be released independently. As she expands and grows more into her own sound, Tess is still hard to categorize. She says “Many times after the show, somebody will come up to compliment the band and ask me what kind of music we just played. After mumbling through a few different genres I usually just tell them it’s my music and hope they enjoyed the show”.

Enjoyable is just what “Baby, We All Know” is, propelled by the classic quality of Tess’s vocals, compelling and totally believable. The production throughout is the right balance of punch and rhythm, without getting in the way of the vocals or songwriting, giving this collection of songs a plentiful dose of old school swagger. Time after time, Miss Tess is able to utilize sounds and styles from a past era combined with modern sensibilities to present an authentic and engaging presence.