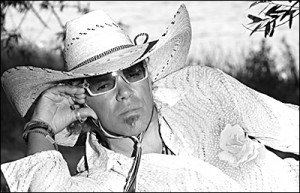 Vinny Fazzari is an award winning American singer songwriter and multi-instrumentalist. He was raised off the Southern California coast on an island in a little tiny village called Avalon. This is where his love for music began.

He started out playing drums at age 4, then switched to guitar when his mother turned him onto one of her favorite groups, The Beatles. By age 9 Vinny started writing and putting together rock bands playing his Gibson Melody Maker given to him by his uncle who had been teaching Vinny guitar. At 14 he was back to playing drums but this time professionally at a famous hotspot called The Waikiki. Vinny gained invaluable stage experience learning from these older guys who had already been doing this for most of their lives. Vinny wasn’t actually allowed to be in the club it being a 21 and older establishment, so whenever the band took a break, Vinny exited the building through a door behind the drum kit, sitting out on the curb of the sidewalk till he was called in for the next set. 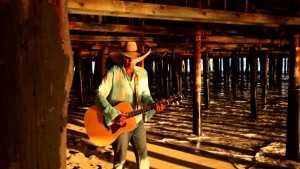 Vinny made a name for himself after moving off the island in Venice Beach where he owned and operated his own professional recording studio in Santa Monica. He engineered and produced bands and solo artists and worked with the likes of Bob Dylan, Jesse Ed Davis, John Trudell, Earth Wind and Fire, Jeff Berlin, Steve Smith of Journey to name several known names.

But Vinny’s was and has always been first and foremost a singer songwriter, multi-instrumentalist, musicologist. His friend Lee Curreri heard a tape of some of his songs and immediately introduced him to a manager who absolutely loved Vinny’s music and took him under his wing. He sent Vinny to Europe to pursue his live performance musical career. Based in Amsterdam, Vinny toured throughout parts of Europe.

While in The Netherlands, Vinny caught word that he had been nominated for an award at the Los Angeles Music Awards. So he headed back to LA to possibly redeem his prize. Well to his surprise he won for best international solo artist of the year at the red carpet event. 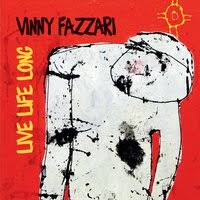 Vinny has just signed with publicity firm, Peter Holmstedt and Hemifran in Sweden. (www.hemifran.com) and is looking forward to an illustrious career with them. He also looks forward to an upcoming live cd release and presentation performance, (keep you posted of the exact date as you won’t want to miss this) in his home town of Avalon, Catalina Island to support his forthcoming album, Live Life Long. Featuring the singles, “Amsterdam,” Live Life Long,” and “I’ll Have It Made”. The new album is available for purchase in the states as well as all over the world via the internet.