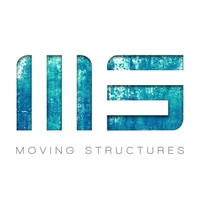 The was band formed in late 2010 with Chris Marquard, James Moore, and Mitch Wayte, with the addition of Kevin Lewis (Factory81, Liftpoint) in 2012 to complete the act.

Drawing from influences such as: ISIS, Russian Circles, TOOL, Pink Floyd, and others, the group completed the writing for their debut album AWAKE in late 2014. In June of 2015, they hit the studio with their engineer/producer, Aaron Harris (Palms, ISIS), and completed additional recording in the following months.

To some, Moving Structures is more of a visual and auditory experience, rather than simply a listening enjoyment, creating an atmosphere with lighting to convey their musical concepts.

Being a do-it-yourself group, the band has relied solely on their own artistic strength to push their product to new levels. As their catalog expands, so does their musicianship, and hunger to raise the bar in all aspects of showmanship