”Dream’s End” begins as the protagonist discovers he is something other than human. He breaks himself apart to find wires and circuits and a body made of glass and gold. Set in a landscape of barrier islands, mangroves, and southern maritime forests populated by fantastical creatures and sentient, shapeshifting pillars of smoke, Matt Bauer has imagined a fantasy world that allows him to give voice to his most raw and personal songs to date.

More melodic, electric, and rhythmic than previous records, Dream’s End builds on Bauer’s previous orchestral folk arrangements of string quartets and banjos. It expands his range of sounds into near subsonic pedal bass, electric guitars strung as banjos, treated and amplified bells and wurlitzer, and drums by turns layered and at other times stark and driving (he cites Fugazi’s ’Brendan Canty’ and the layered drums on Cat Power’s’ You Are Free’ as inspiration). 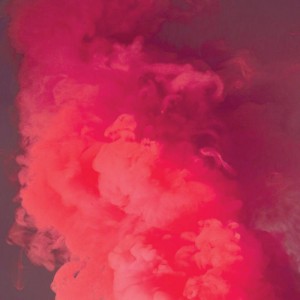 And with the wider palette of sounds comes a wider range of imagery and emotion. Thieves steal keepsakes from the dead and dying on a shipwreck as waves lap the decks. Orchids bow and whisper as a tiger struggles in a net. A plea for a loved one to be spared turns to black gems floating into the night. Over the course of the album, the speaker moves through wrenching loss, shifting identity, regret, jealousy, and ultimately wonder and hope.

As he says in “It Knows Not What It Is”, ’calling all the ghosts I’ve been, where have I gone wrong, how can I want to live so bad, and want to die all at once’. 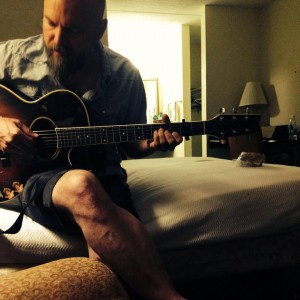 The album asks, ‘what do we do when our dream is lost, when we come to see we might not be who we hoped we were?’. We despair. We fight. We find our way again, and hope to shine brighter for making it through the darkness.

Matt Bauer has toured extensively in the US, Europe, and the UK and, after a few years without a permanent home, now lives in Brooklyn.