Giulia Millanta is a songwriter from Florence, Italy, now based in Austin, TX. She is a traveller. She is a writer. She is a performer who uses her own unique style in combination with various genres to craft music that connects cultures. She plays guitar, ukulele and she sings in four languages – Italian, English, French and Spanish! Giulia Millanta started to play the guitar and sing old, traditional folk songs at a tender age. Her curiosity and search for a personal form of expression distinguished her first work, “Giulia and the Dizzyness” (CavernJatt Records 2008). She performed at the Acoustic Guitar Meeting in Sarzana, where she won the Carisch Award “New Sounds of Acoustic Music”, in May of 2010. Two years after her first release, Giulia delivered “Dropping Down” (Ugly Cat Music/ Audioglobe 2011) a multivalent musical performance, showing her skills in every aspect of production.  The album is in fact entirely written (except for the cover, Paranoid, by Black Sabbath), arranged, and produced by the singer/songwriter. 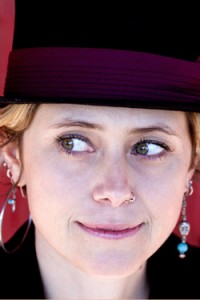 In 2012, after touring Italy, The Netherlands, Germany, Switzerland and US, Giulia moved to Austin, Texas, the “live music capital of the world”, a melting pot where different cultures, genres and musical styles meet and blend. Here, filled with new energy and influences Giulia decided to “give birth” to a new album: “Dust and Desire” (Ugly Cat Music/Audiglobe 2012) A year and a half has passed since her third album and Giulia has been playing, touring, traveling and writing new songs in a completely new and stimulating environment. Her fourth studio effort, “The Funambulist” (Ugly Cat Music 2014), is a musical investigation of the art of balancing…people, languages, realities and life in general.